And a lot of the products it sells are from third-party sellers, via its own Fulfilment By Amazon platform (Amazon FBA).

Fortunes have already been made by some Amazon FBA business owners, that's also without doubt.

Is there still enough opportunity to jump on the Amazon FBA bandwagon? Or is it too late to join the money making party?

Is Amazon FBA Still Worth It?

There's an ever increasing number of doom-mongers declaring that the whole FBA thing is done with, a totally saturated market, and not worth even considering as a potential business model.

Sure, running an Amazon FBA business has become a pretty trendy thing to do and competition has increased dramatically since the early days of FBA.

But name me one business model that doesn't see a huge increase in competition once word gets around that fortunes are being made.

Sure, it's not as easy as it was, but I personally believe that FBA is only just getting started.

Here's why I think FBA still has a lot of legs left in it:

Amazon has continuously grown its market share year-on-year. It has more than a 50 percent share in the e-commerce market (Statista). For a single retailer, that is crazy.

Even with the devastating effects of coronavirus on the business sector, Amazon had more than 110 active FBA centres in the U.S. alone.

And it continued to expand its number of global fulfilment centres during the same period.

Amazon has a well-developed logistics network that links all of its fulfilment centres to its customers.

With this huge market share, you can be assured that Amazon FBA will connect your products to customers you could have otherwise never reached.

The trust that consumers have in Amazon has been steadily building since it's first few parcels were packed and shipped.

Amazon has done a brilliant job at maintaining a consistent, excellent, and transparent product and delivery experience.

They've played a major part in raising the amount that online buyers are willing to spend on a single item when shopping online.

In 2004/5, online shoppers where reckoned to have a psychological barrier in purchasing anything priced above $27.

There just wasn't that level of trust that exists today, in either buying products that couldn't be handled before buying, as well as in the payments and returns process.

That seems totally crazy now doesn't it? I bought a TV from an FBA seller just a couple of months back…but there's no way I would have done that back in 2004!

In addition to this, Amazon has grown to become one of the most favoured search engines for online physical product searches.

Consumers from all over the world now use Amazon as a starting place for product features and pricing comparisons.

#3. The Competition Is Not Unbeatable

There is a lot of competition.

And it has grown significantly over the last few years.

Well, show me a business model without competition within it, and I will show you a business not worth getting involved in.

Seriously, if you're looking for a business opportunity without significant competition, being in business probably isn't for you.

In truth, an awful lot of the new entrants that I've seen coming into the space over the last year or so, have been pretty poor.

Many of them chasing the same trending products.

Few of them doing anything different to everybody else.

They don't seem to understand that at the heart of running a successful FBA business, is having a strong product selection strategy…along with an extensive, effective product research system.

Get these important factors in place at the start, and you will blow 50% of the competition out of the water right from the start.

Ecommerce Is Growing Every Day

Retail consumers are getting ever more comfortable buying online.

In 2019, 14% of global retail sales were ecommerce purchases.

Amazon is at the forefront of this massive growth as they continue to breakdown the barriers to consumer spending online.

They also continue to remove the many reasons for online cart-abandonment, which are many and varied, as you can see below:

Have You Enjoyed This Article?

Is Amazon FBA Still Worth It? – Wrapping It Up!

I do not believe that it is anywhere near too late to start an Amazon FBA business.

The competition doesn’t limit new entrants from joining Amazon FBA, and even going on to perform much better than them.

…and, trade off their trusted name and brand goodwill.

Do not forget that Amazon is an absolute conversion machine. People go onto Amazon, and they spend money.

…and just go for it! 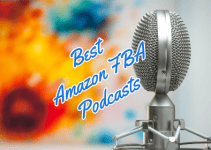 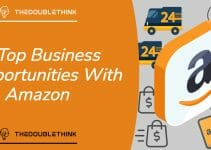 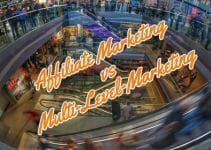