There is a whack of FBA sellers on Amazon right now.

A lot of them are doing pretty damn well for themselves.

And a few of them are absolutely raking it in!..hand-over-fist!

Want to find out a few golden little secrets that the top 1% of FBA business owners have in common?

Okay then, get ready for some punchy, powerful, cold hard truths!

#1. Most Top FBA Sellers Use The Private Label Strategy

That's right, most of the serious Amazon FBA big bucks are being made with the private label strategy.

In fact, of the millionaire sellers on Amazon, a shade over 80% of them are private label sellers.

That's not to say you can't make bank with other FBA models, of course you can, there are plenty of FBA business owners raking it in with the wholesale strategy.

There are however far fewer 7-figure FBA business owners using either retail or online arbitrage.

One of the reasons that so many millionaire sellers are using private label is because they are able to build a brand of their own with this strategy.

Being an Amazon FBA business owner is not a passive income, get-rich-quick scheme.

The big earners are putting in the work, serious work!

The 7-figure sellers are doing endless research to find great products, and figuring out ways to innovate and improve on the offer.

So just how much do you want it?

Are you prepared to put the hours in?

Are you prepared to spend your time reading reviews of similar products to find out what customers liked, and didn't like?

Then getting in touch with your suppliers to have them make the changes you've identified to improve the product?

Or were you hoping to bring in a million bucks a year working five hours a week?..

Over half of Amazon millionaires spend more than 35 hours each week on their businesses.

It's no big surprise than, that Amazon 7-figure sellers are more likely than non-millionaires to work exclusively on their Amazon businesses.

There's no part-time job being used as a fallback for this bunch, they're all in.

Interestingly, a lot of the extra time that the top sellers are putting in to their businesses, is being spent in areas such as marketing their products and getting more customer reviews.

The top FBA sellers are an ambitious and highly motivated bunch.

They are self-starters, that's for sure!

And most 7-figure amazon sellers recognise these traits in themselves, and know that they are critical to their ongoing success.

This lot aren't hitting the snooze button on the alarm clock, trying to steel an extra ten minutes of shut-eye.

This lot are up and at 'em…chasing down their own success.

Amazon have got FBA marketplaces in the US, UK, France, Germany, Italy, Spain, Canada, Australia, amongst others.

Getting involved in selling globally could significantly increase your sales and profits.

A probability that's not lost on the big-guns!

A big percentage of 7-figure Amazon sellers are set-up for international FBA sales.

And in fact, it's not anywhere near as scary as it may sound.

So it's a great way to test out the viability of your products internationally, before going all in.

Do you believe you are capable of massive success?

I hope so. Because if you don't have a growth mindset, you're hampering your own chances of success.

To an extent, many budding entrepreneurs have fears and limiting beliefs about themselves.

It is pretty normal.

But those who go on to achieve their business dreams are able to put these limiting beliefs to one side.

It's not they they never have them, they just recognise them for what they are…the fearful, security obsessed part of the brain wanting to play it safe.

You have to totally believe that massive success is possible for you!

Be honest with your self here.

If you are prone to allowing limiting beliefs to prevent you from taking action, you must deal with this issue…

…it is essential that you do!

#7. Millionaire FBA Sellers Know That Ecommerce Is Here To Stay

So no need to go rushing in like it's a limited time opportunity.

This one is around for the next hundred years or so.

Ecommerce is only just getting started. It's still a fledgling business model.

The most successful Amazon FBA business owners understand this and set themselves up for long-term success.

Have You Enjoyed This Article?

Why not read some more from thedoublethink ‘Amazon FBA' series?

Amazon FBA Podcasts – 8 Of The Best

Anyone (almost anyone) Can Be An Amazon Millionaire

Regardless of age, gender, and location.

As long as you live in the free world, and are not desperately poverty stricken, this opportunity is open to you.

People from the four corners of the globe have pulled it off.

People who live in countries that Amazon does not allow to take part in FBA have pulled it off…because they just wouldn't take no for an answer.

And because you are on the internet right now, reading this article, you can do it too!

Well that's it for this ‘7 Secrets of 7-Figure Amazon FBA Sellers' article.

There's no need to waffle on about this  stuff.

‘Coz it's just a simple list of factual traits that the very top Amazon sellers tend to have in common.

The great news is that new traits, behaviours, mindsets, call them what you will, can all be learned and developed. 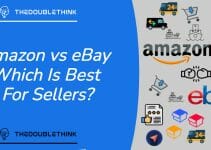 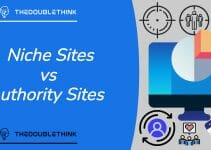 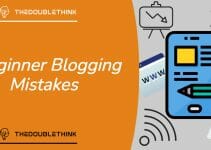