Being a success in business doesn’t always require “book knowledge.”

In other words, there are skills needed to be an entrepreneur and a high-quality leader that can’t be acquired through a university degree.

Some of today’s most successful entrepreneurs come from different walks of life, representing a wide range of cultures, generations, brands, products, and industries.

And they all got to where they are in different ways.

Backgrounds and diversity aside, great leaders and entrepreneurs have one thing in common…

…they’ve had to scale a massive learning curve on their path to success.

Rise to fame through successful leadership and entrepreneurial talent can’t happen without a few hard knocks, failures, and lessons learned.

This applies whether you’re the CEO of an IT services company or a fresh college graduate on her way to Silicon Valley greatness.

The roller coaster analogy might be heavily overused, but it does really apply here, so we’ll go for it despite the risk of sounding cliché.

To be a successful entrepreneur, leader, or really anything else you set out to do, you’ll need to endure some ups and downs along the way.

That said, you don’t have to learn from your own mistakes only. Others that came before you have had their rises and falls, and you can learn a lot from them.

Let’s take a look at what some of the world’s most successful entrepreneurs can teach us about money, failure, mindset, and business success.

Mark Zuckerberg often talks about money not being his primary motivator, and yes, it can be a bit hard to swallow this type of advice from one of the wealthiest people on the planet but bear with us for a moment.

Facebook (Meta) hasn’t always been a multi-billion-dollar company, and back in the day, Mark Zuckerberg had the courage (some would say the audacity) to reject a $1 billion offer from Yahoo CEO Terry Semel for the sale of his rising social media enterprise.

In hindsight, it was a great decision, but turning down a billion dollars is nothing to scoff at no matter the circumstances.

In reality, not many people out there would turn their backs on an offer like that, but Zuck did, and it has paid off in droves.

As you probably know, Mark Zuckerberg wasn’t born a billionaire, nor did he achieve his goals overnight. He worked hard for many years to build arguably the most prominent social media company in history.

Although money is undeniably important, and a billion dollars probably feels like all you need in life, this should not be your primary reason for getting up in the morning.

True success and happiness can only come from realizing a powerful and clear vision through a top-of-the-line work ethic, driven by the desire to do your best at any given moment.

The stories we’re told in our youth often teach us to follow our hearts, but we tend to push these ideas aside when it comes to making money.

It’s as if we were never told to focus on what we enjoyed doing — we begin to follow the cash, even if it makes us miserable.

Most people reading this will agree that chasing quick money leads to failure sooner or later. But why is this the case? According to Richard Branson, it is the lack of engagement that keeps us down.

If you’re ever to become successful in any walk of life, as a businessperson, leader, entrepreneur, engineer, cook, or parent…

…you’ll need to be motivated by a burning desire to learn.

Richard Branson also advises budding entrepreneurs to ask themselves what they could do to alleviate or eliminate some of their own annoyances in life.

He believes that some of his best ideas came from his negative experiences.

In short, don’t try to get rich quickly because of a half-hearted notion that “money solves all problems.”

Instead, believe in whatever you’re passionate about and stick to it — success will come as a result.

As Taylor Swift famously put it in her 2014 song Shake it Off, “the players gonna play, and the haters gonna hate.”

On your road to success, people will, unfortunately, be quick to criticize and dismiss your ideas, and Tay Tay is not the only one to have experienced this.

Media icon and highly successful entrepreneur Arianna Huffington, founder of HuffPost, says she knows the feeling all too well.

Like Richard Branson, she believes you have to love what you do and believe in yourself. She says you can’t rely on other people to motivate you because nobody will love your ideas in the same way you do.

Back in 2005, when The Huffington Post was launched, Arianna experienced a lot of hate first-hand.

Some described the project as an “unsurvivable failure,” but she persevered despite the naysayers and followed through on what she believed in.

Today, Arianna Huffington’s net worth is around $100 million. She managed to create one of the most successful blogs/news aggregators in the world and achieve immense professional success as a result.

You’ll need a thick skin if you want to reach true business success as an entrepreneur, especially in today’s highly competitive global market.

If you can’t ignore the haters and focus on your internal motivation, you won’t get very far.

Bill Gates used to be the richest man in the world for a very long time, so it’s fair to say that he could have some decent advice when it comes to success in business.

Gates could have happily retired after his first few successes with Microsoft, and he still would have been wealthy for the rest of his life. However, that’s just not who he is.

Having dropped out of Harvard, Bill Gates didn’t let this university failure stop him from reaching the absolute summit of entrepreneurial success.

He had always dreamed of starting his own software company, and that’s precisely what he did.

Many of Gates’ competitors are described by him as one-product wonders. They’d make a quick buck out of an innovative product and call it quits.

The head of Microsoft saw this lack of drive from his competition as an opportunity.

He kept moving, and along the way, created one of the most well-respected and trusted companies in history.

Newer, safer, and more advanced versions of Windows, Office, Xbox and other Microsoft projects keep coming out, and Bill’s company continues to have a firm grasp on the tech industry.

Bill Gates teaches us to remain focused on the task at hand and seize every opportunity that presents itself.

Regardless of how successful you think you are, there are always new avenues to explore and ways to make a more pronounced impact within your niche.

Failure Is a Great Teacher — Every Successful Person Ever

People often let failure drive them away from their dreams, rather than learning from it and using it to come closer to whatever it is they’re trying to achieve.

Successful people know that failure is not the opposite of success but a path to it.

Countless entrepreneurs, athletes, entertainers, and leaders have failed throughout their careers only to reach massive success later on.

Walt Disney was fired from a newspaper as a young man. The reason? Apparently, he wasn’t creative enough.

Steven Spielberg had a similar story, being rejected from a prestigious film school twice due to mediocre grades.

Even daytime TV queen, and multimillionaire entrepreneur Oprah, was fired from her first job as an anchorwoman.

Always use failure as a motivator, don’t let the fear of it cripple you and stop you in your tracks.

Focus on what you’re doing right, and when you receive criticism, take it in your stride and think about how you can apply it to your advantage in the future.

Melissa Gray is a freelance writer and an organizational psychologist. Her focus is primarily on marketing and new digital trends across the world. She is also a passionate gamer, with special interest in narrative design. She writes for Digital Strategy One. 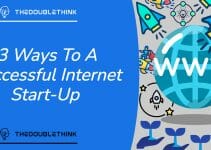 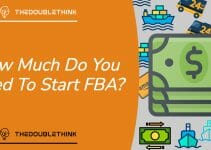 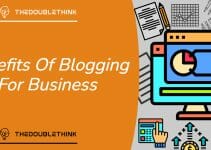