You know what the internet is absolutely full of?

Of course you do…bullshit artists!

The massive success of FBA has led to an ever increasing number of Amazon FBA YouTube channels.

But let's be honest here…most of them are absolute garbage!

If you followed the advice that half of them are dishing out, you'd lose your shirt!

..and because they are genuine authentic.

These YouTube channels for Amazon sellers have got content that could actually move the needle in improving your success.

Way, way back, Greg Mercer created a complete toolkit as an answer to the struggles he saw new Amazon sellers going through.

He called this toolkit ‘Jungle Scout'.

Jungle Scout itself is awesome, and you'll be pleased to hear that their YouTube channel is just as awesome!

This is the channel for learning just about all there is to know about how to sell on Amazon FBA!

The Jungle Scout channel is regularly updated with actionable content to maximise your success as an Amazon seller.

I love it when the founders still get fully involved, and you will often see Gregg Mercer, an 8-figure Amazon seller, chipping in with his own YouTube content for the channel.

The Jungle Scout channel is great for beginners looking to get to grips with the basics of how to sell on Amazon, and it's also great for advanced Amazon sellers looking for more technical topics.

These guys are as solid as a rock!

Boost your Amazon success now by subscribing to their outstanding channel.

He runs this YouTube Channel for Amazon FBA sellers, on the back of himself becoming a millionaire within three years of starting his own FBA business.

Nomad Millionaire is a totally authentic channel where you can get your hands on top-quality advice and in-depth case studies.

Unusually for a YouTube channel for Amazon sellers, Nomad Millionaire shares a lot of Amazon FBA strategies specifically for people located outside the U.S.

Whether you're looking for down-and-dirty technical know-how, or you're more interested in getting inspired and motivated, get subscribed to this channel!

Here's where you can find him:

The Marketplace SuperHeroes YouTube channel os loaded with some of their best strategies for creating your own financial freedom with an Amazon FBA business.

You can use this channel to learn how to build a thriving Amazon FBA business from scratch.

Or you can use it to super-charge the knowledge you already have, should your Amazon business already be on the go.

The MarketPlace SuperHeroes YouTube channel has full-length, in-depth tutorials on how their business model works…

…as well as full guides on how to find hidden gem products to sell!

It's no secret that I'm a massive fan of everyone over at MPSH, take a read of my MarketPlace SuperHeroes Review if you don't know how much love I have for them!

These guys have been successful Amazon sellers since almost the first day Jeff Bezos opened up his global giant to third-party sellers.

And they've been running their Amazon FBA coaching program since before most current FBA sellers had enough of their pocket money saved to buy on Amazon!

If you want uniques strategies, and a focus on the global Amazon marketplace, this channel could just be for you.

The Helium 10 YouTube channel used to focus almost entirely on the many features and aspects of its own Helium 10 Amazon seller software.

But that has changed a lot over the last couple of years, to see the channel now regularly sharing high-quality Amazon seller tutorials.

Quite possibly this change came about at the same time as they partnered up with the well-known Amazon training program ‘Freedom Ticket'.

Whatever the reason for then broadening their content strategy, I'm happy they did!

There are some real gems that the crew share to their channel, from general tips for selling pretty much any product, to deep strategy discussions.

Get subscribed, it will be well worth your time!

This channel is run by Stephen and Rebecca Smotherman.

The goal of their YouTube channel is: “to help you learn more about how to gain freedom in your job and your finances through Amazon FBA”.

These guys didn't ever set out to be FBA billionaires. They set out to achieve exactly what they have achieved.

Which is to make a full-time income by working part-time hours…for a great work-life balance, giving them time to enjoy their family.

Because after all is said and done…time is the asset we can't create more of.

Boots on the ground, straight up practical FBA advice with minimal fluff, is what you're going to get with this one.

I love this channel and I think you will too!

Amazon's very own dedicated channel for helping both new and experienced sellers learn how succeed with their own Amazon business.

What could go wring with that?

Well, it does sound like could be a little cold doesn't it?

And, it does have to be said that some of the videos are less than fully engaging.

But what you give up in entertainment, you will get back ten-fold in deep knowledge of the Amazon eco-system.

As you would expect from the official channel of Amazon Seller University, nothing has been missed.

…watch Breaking Bad, or The Wire if you want to be entertained!

I don't always have a lot of trust for e-commerce ‘gurus' who like to shoot videos of themselves enjoying the high-life.

Because you know as well as I do that it's normally all smoke-and-mirrors total bullshit!

And Dan does do a bit of that sort of stuff on his channel, but he is for real.

At the age of 21, Dan started is first e-commerce business. By the age of 22 he'd made his first million dollars.

Dan's YouTube channel is a broader e-commerce channel than the others on my list, but there is a ton of high-quality Amazon FBA content that is well worth a watch.

And thrown in, you're going to get some great inspirational / motivational videos too.

I like the guy and I totally admire what he has achieved.

Here's where you can find him…

Can You Learn Amazon FBA For Free On YouTube?

I think you can come pretty close, that's for sure.

There is enough quality info out there now, that across a few different channels, you've got just about every angle covered.

But are they giving up their most successful FBA strategies, for free, on their YouTube channels?

I have got my doubts!

Don't get me wrong, these Amazon FBA YouTube channels are amazing, and I love them.

If you are low on budget, yeah go ahead and use these channels to get yourself off the ground.

But, if you have a little more budget to play with, I would definitely recommend getting some Amazon FBA training.

The best training programs should increase your chances of success, and cut down your time in achieving it!

If you're looking to get into affiliate marketing, or are just curious about what it is, then these seven YouTube channels are a great place to start.

Each of them offers a unique perspective on affiliate marketing and how to make it work for you.

So whether you're a total beginner or someone who's been dabbling in affiliate marketing for a while, there's sure to be something here for you.

Have you checked out any of these channels? What did you think? 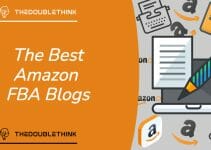 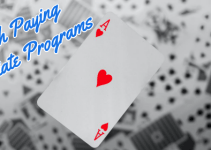 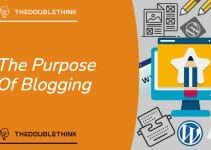